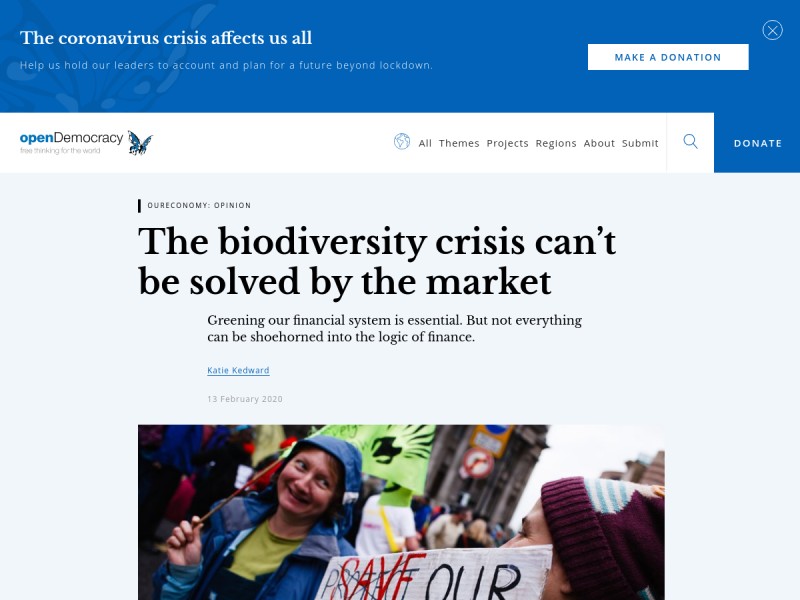 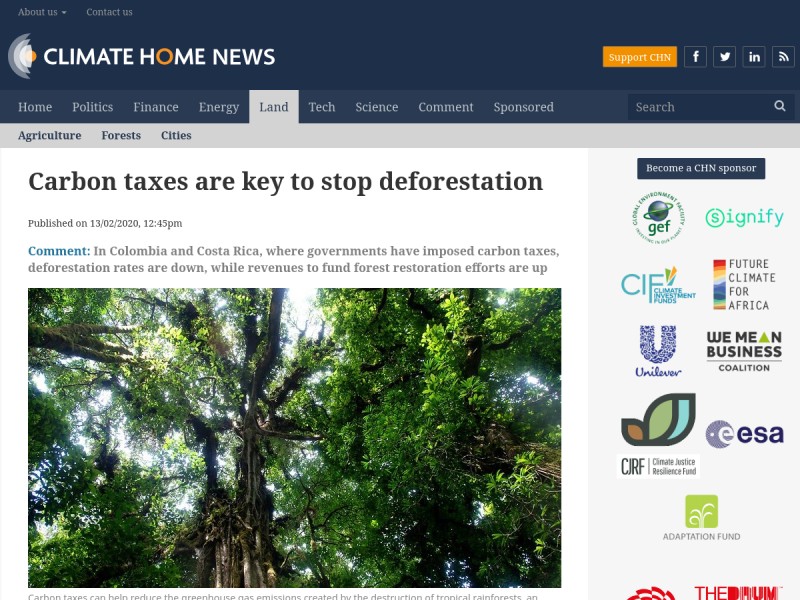 Economists and scientists agree that carbon taxes help to reduce greenhouse gas emissions by creating an incentive for people to use less fossil fuels. But that’s not all they can do. 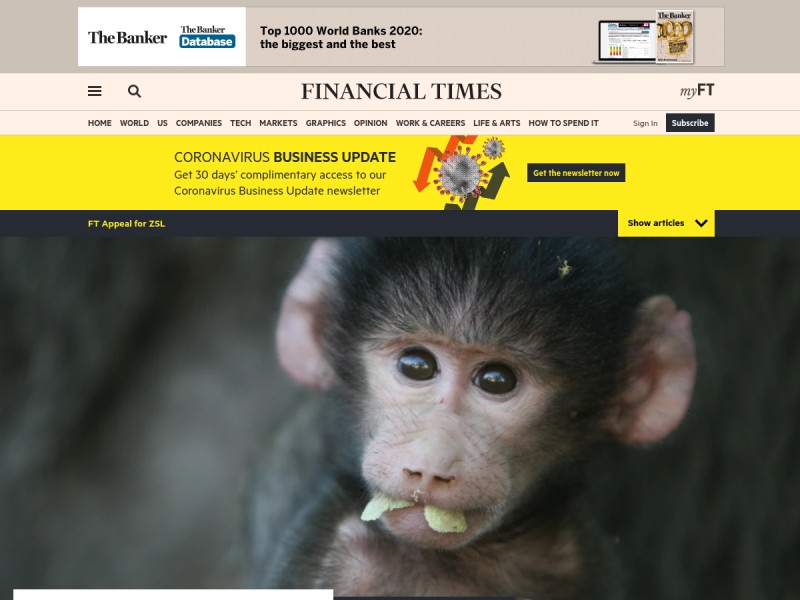 Experts in conservation and finance say the reaction shows wildlife conservation finance, for decades largely the preserve of wealthy donors and governments, has massive potential to attract institutional investors, helped by growing public awareness of the delicate state of the planet. 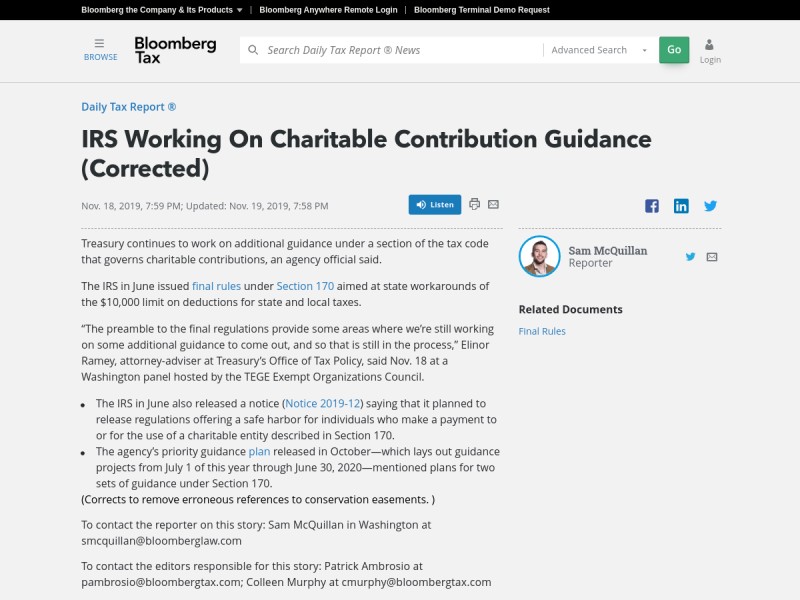 Treasury continues to work on additional guidance under a section of the tax code that governs charitable contributions, an agency official said. The IRS in June issued final rules under Section 170 aimed at state workarounds of the $10,000 limit on deductions for state and local taxes. 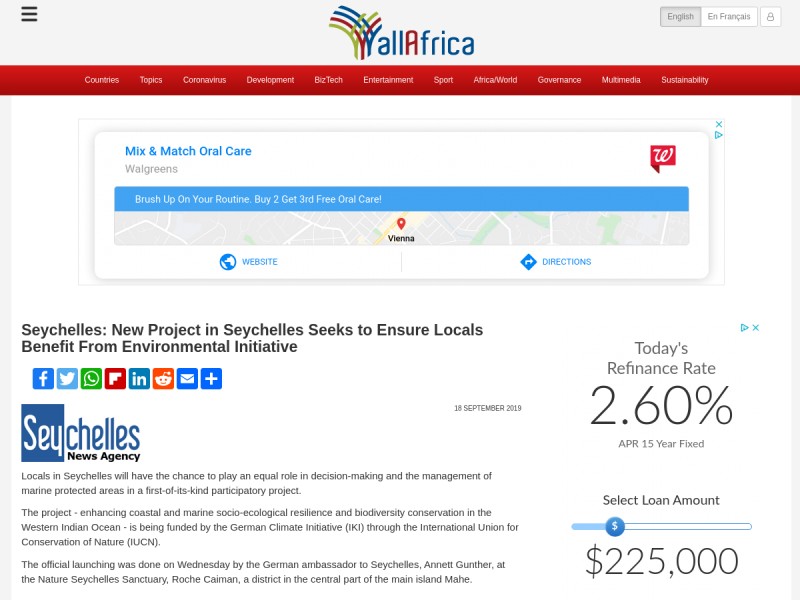 "Locals in Seychelles will have the chance to play an equal role in decision-making and the management of marine protected areas in a first-of-its-kind participatory project. The project – enhancing coastal and marine socio-ecological resilience and biodiversity conservation in the Western Indian Ocean – is being funded by the German Climate Initiative (IKI) through the International Union for Conservation of Nature (IUCN)." 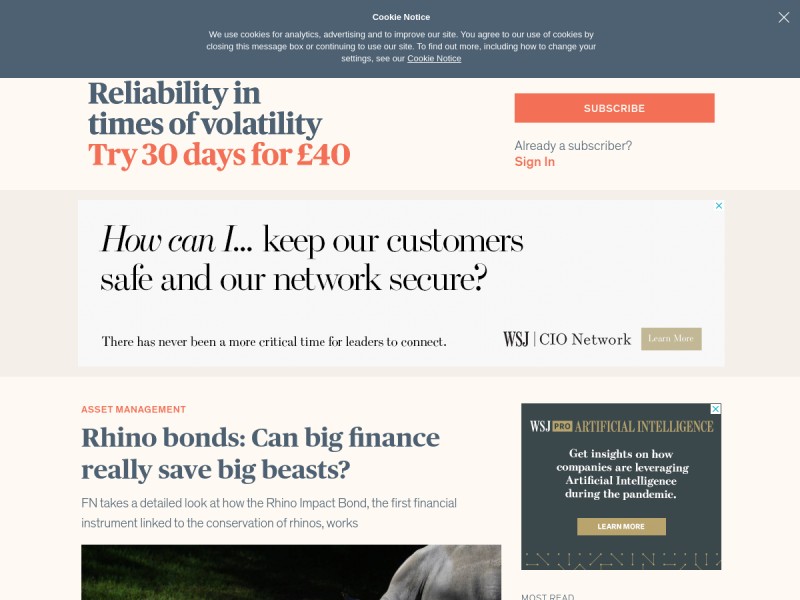 A detailed look at how the Rhino Impact Bond, the first financial instrument linked to the conservation of rhinos, works. 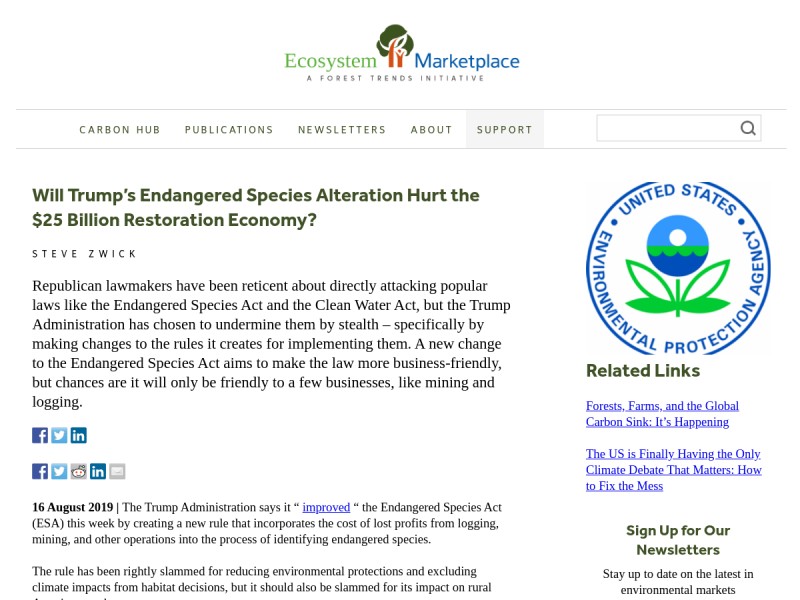 "The Trump Administration says it 'improved' the Endangered Species Act this week by creating a new rule that incorporates the cost of lost profits from logging, mining, and other operations into the process of identifying endangered species. The rule has been rightly slammed for reducing environmental protections and excluding climate impacts from habitat decisions, but it should also be slammed for its impact on rural American workers." 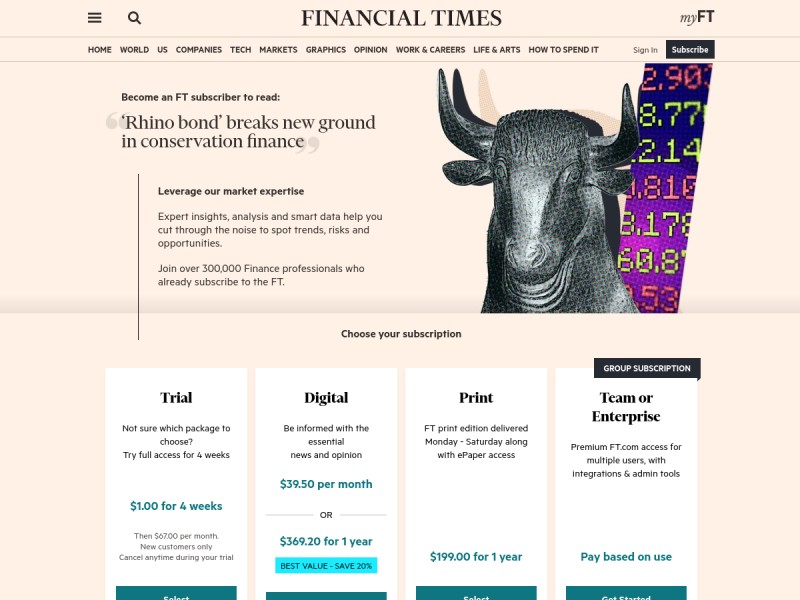 Investors in the $50 million bond will be paid back their capital and a coupon if African black rhino populations in five sites across Kenya and South Africa increase over five years.